There are 40 incomplete sentences in this section. For each sentence there are four choices marked A, B, C and D. Choose one answer that best completes the sentence and blacken the corresponding letter on the Answer Sheet.

A. a larger B. larger C. the larger D. the largest

A. are built B. have been built C. would be built D. are building

A. Taken B. Taking C. To be taken D. Being taken

A. Who ever B. Whoever C. No matter who D. Those who

A. out of place B. out of control C. out of breath D. out of practice

A. good one B. some good C. good ones D. those good

40. A famous Canadian doctor expressed the value of hobbies by saying, “______ man is really happy without a hobby.”

41. Television broadcasts are ________ to an area that is within sight of the sending station of its relay.

A. must have rained B. was raining C. rained D. had rained

For each blank in the following passage, there are four choices given below and marked A, B, C and D. Choose the one that is most suitable and mark your answer by blackening the corresponding letter on the Answer Sheet.

Insure means to protect _51_ a loss of money. Most people can budget their money so that their income will cover expected expenses _52_ food, clothing, housing, and public services. But, there is no way to know _53_ who will suffer a crisis (危机) such as a serious illness, fire, flood, or a car accident. Such crises usually _54_ great expense. Even if people could predict crises, it would be hard to save enough money to _55_ the expenses. Insurance is a system _56_ a company collects money from many inspaniduals and then pays certain expenses whenever one of those insured inspaniduals is faced with a certain crisis. An insurance policy _57_ how much the insurance costs and how much the company will pay when a policy holder is faced with a certain crisis. There are many different kinds of insurance, _58_ hospital, motor-car and fire. Insurance can be rather expensive but most people buy insurance of some kind. Insurance is something _59_ people buy and hope they will _60_ need.

There are four reading passages in this part Each passage is followed by five questions. For each question there are four suggested answers marked A, B, C and D. Choose one best answer and blacken the corresponding letter on the Answer Sheet.

Researchers have found that REM (rapid eye movement) sleep is important to human beings. This type of sleep generally occurs four or five times during one night of sleep lasting five minutes to forty minutes for each occurrence. The deeper a person’s sleep becomes, the longer the periods of rapid eye movement.

There are physical charges in the body to show that a person has changed from NREM (non-rapid eye movement) to REM sleep. Breathing becomes faster, the heart rate increases, and, as the name implies, the eyes begin to move quickly.

Accompanying these physical changes in the body is a very important characteristic of REM sleep. It is during REM sleep that a person dreams.

61. According to the passage, how often does REM sleep occur in one night?

A. Once B. Twice C. Four of five times D. Forty times

62. The word “deeper” in paragraph 1 is closest in meaning to which of the following?

63. Which of the following shows that a person is NOT dreaming in his sleep?

A. His eyes begin to move. B. His breathing becomes faster.

A. why people sleep B. the human need for REM sleep

C. the characteristic of REM sleep D. physical changes in the human body

65. Which of the following is the best title of the article?

A. REM Sleep B. Two Types of Sleep C. Sleepers D. What Happens to Sleepers

The Mother Goose Stories, so well known to children all over the word, are commonly said to have been written by a little old woman for her grandchildren. According to some people, she lived in Boston, and her real name was Elizabeth Vergoose. Her son-in-law, a printer named Thomas Fleet, was supposed to have published the famous stories and poems for small children in 1719. However, no copy of this book has ever been found, and most scholars doubt the truth of this story—and doubt, moreover, that Mother Goose was ever a real person. They point out that the name is a direct translation of the French “Mere I’ Oye.” In 1697 the Frenchman Charles Perrault published the first book in which this name was used. The collection contains eight tales, including “Sleeping Beauty,” “Cinderella,” and “Puss in Boots.” But Perrault did not originate these stories; they were already quite popular in his day, and he only collected them.

The Mother Goose Stories were translated into French.

A. a real person B. a book written by a little old woman

C. a collection by Elizabeth Vergoose D. a translation from French

no story of the book had been known to people

some stories of the book were already well known

few people were interested in the stories of the book

70. On the basis of this passage, what may be concluded about the real origin of stories “Sleeping Beauty” and “Cinderella”?

They were invented by Elizabeth Vergoose.

They were invented by Thomas Fleet.

They were invented by Charles Perrault.

Their writers are unknown.

Banks are not ordinarily prepared to pay out all accounts; they rely on depositors (储户) not to demand payment all at the same time. If depositors should come to fear that a bank is not safe, that it cannot pay off all its depositors, then that fear might cause all the depositors to appear on the same day. If they did, the bank could not pay all accounts. However, if they did not all appear at once, then there would always be enough money to pay those who wanted their money when they wanted it. Mrs. Elsie Vaught has told us of a terrifying bank run that she experienced. One day in December of 1925 several banks failed to open in a city where Mrs. Vaught lived. The other banks expected a run the next day, and so the officers of the bank in which Mrs Vaught worked as a teller had enough money on hand to pay off their depositors. The officers simply told the tellers to pay on demand. The next morning a crowd gathered in the bank and on the sidewalk outside. The length of the line made many think that the bank could not possibly pay off everyone. People began to push and then to fight for places near the tellers’ windows, The power of the panic atmosphere was such that two tellers, though they knew that the bank was quite all right and could pay all depositors, drew their own money from the bank. Mrs Vaught says that she had difficulty keeping herself from doing the same.

a bank is closed for one or more days

tellers of a bank take their own money from the bank

explain why they could not pay out all accounts

pay out accounts as requested

make the depositors believe that the bank was stand

pay out money as slowly as possible

A. loss of confidence B. lack of money

74. Which of the following did Mrs. Vaught say?

She know that the bank was not sound.

She feared that too many depositors drawing their money would close the bank.

She was not able to draw out her money.

She was tempted to draw out her money.

75. According to the passage, the actions of the depositors of Mrs. Vaught’s bank were affected mainly by the _______.

ease with which they could get their money

failure of several other banks to open

confidence shown by other depositors of the bank

One of the greatest problems for those settlers in Nebraska in the last quarter of the previous century was fuel. Little of the state was forested when the first settlers arrived and it is probable that by 1880, only about one-third of the originally forested area remained, down to a mere 1 percent of the state’s 77,000 square miles. With wood and coal out of the question, and with fuel needed year-round for cooking, and during the harsh winter months for heating, some solution had to be found.

Somewhat improbably, the buffalo provided the answer. Buffalo chips (干粪块) were found to burn evenly, hotly, and cleanly, with little smoke and interestingly, no odor, Soon, collecting them became a way of life for the settlers’ children who would pick them up on their way to and from school, or take part in competitions designed to counteract their natural reluctance. Even a young man, seeking to impress the girl he wanted to marry, would arrive with a large bag of chips rather than with a box of candy or a bunch of flowers.

76. What is the main topic of this passage?

The solution to the Nebraska settlers’ fuel problem.

Life in Nebraska in the late ninteenth century.

The imporance of the American buffalo.

Deforestation in Nebraska in the late nineteenth century.

77. Which of the following statements is NOT true?

Nebraska was not a densely-forested state even before the settlers arrived.

The children spent a lot of time collecting the chips.

Buffalo chips were satisfactory as a fuel.

C. only in summer D. only in winter

79. Which of the following does the author not express surprise at?

The children needed competitions to them.

The buffalo chips gave off no smell.

Buffalo chips were the answer to the settlers’ fuel problem.

80. What’s the best title of the passage?

A. Early Settlers B. One Use of the Buffalo Chips

For this part, you are allowed 20 minutes to write a letter of about 80 words according to the following situation.

On behalf of the Student Union of the English Department, I am writing to invite you to give a lecture on Chinese history.

Looking forward to your lecture. Inform us in advance if you can not come. 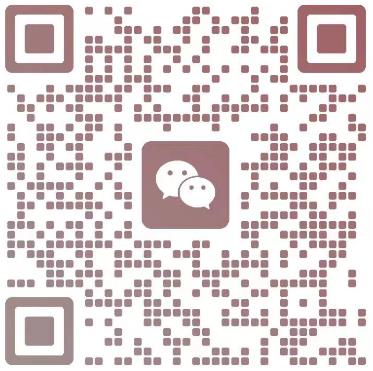